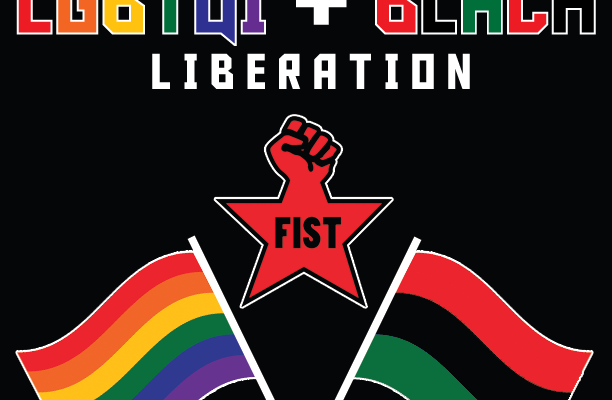 Marriage, the family, and all the traditional views of what sexuality and reproduction should be, are centered around private property and exploitation. The oppression of women, as well as of lesbian, gay, bisexual, trans and intersex people is built in to the capitalist-imperialist system.

It is due to that fact that these oppressive traditions are rooted in capitalism, that Marxist-Leninists have been among the fiercest fighters for LGBTQI liberation. Here are a few brief points demonstrating this:

United States capitalist-imperialism, on the other hand, is backing a brutal regime in Honduras, which has assassinated over 176 LGBTQI activists. The US aligns itself with Saudi Arabia, Qatar, and other gulf state autocracies that routinely execute queer people. The US aligned government of Uganda is led by fundamentalist Christians who push hatred for LGBTQI people as a central policy. While US leaders may mouth support for LGBTQI people when demonizing the country they are currently preparing to attack, the worldwide system of capitalist-imperialism is the primary source of oppression in the world.

It is important to mention that trans people of color are also being killed and aren’t even given the dignity of being reported on the news. Mya Hall and Miriam Carey were young women from Washington, D.C. who were fatally shot by National Security Agency officers in a stolen police van. Many in our racist, cissexist, capitalistic society think that this justifies her death by police, but it does not. Their lives mattered despite capitalism screaming that they did not. Black and Brown people are struggling just to survive, and feel deeply that this society wants them dead out in the streets, especially our Queer and LGBTQI brothers and sisters. This profiling by police and the state overall reinforce white supremacy, and feed into the larger racist nature of the capitalist system killing innocent people just trying to hold on to their dignity.

We in FIST think that a revolution is the answer. We say that people around the world fighting against the US imperialists are our friends and allies. We say that working class people in the US and around the world must stand together to fight racism, sexism, anti-LGBTQI bigotry, and all other tools the bosses use to divide us. We call for the overthrow of the small group of billionaires who run the US, and creation a society where everyone has what they need to survive. We stand as the multinational, multi-gender, anti-capitalist, anti-imperialist, anti-racist and anti-sexist group that wants to deliver a powerful punch to the ones who are responsible: the capitalist class and its goons who want everything for themselves! We must unite to fight for the only sensible solution, which is the abolition of capitalist-imperialism. Only then can revolutionary socialism, which defends all working and oppressed peoples, be established so that a better world becomes a reality for future generations.

The police in the United States trace their roots directly to the era of slavery. The ancestors of the police departments were the men who would hunt down slaves who had escaped to freedom and return them to brutal exploitation. The modern police forces that exist now came about only with the development of capitalism and have existed solely as a means of oppression. At all points, they have been an instrument of class rule used by the exploiters to repress workers and oppressed peoples. FIST stand firmly in solidarity with the Black Lives Matter movement and all victims of police brutality. We will be in the streets fighting for justice for black lives and demanding that racist killer cops be brought to justice. In conjunction with other groups, we are raising the demand that the police be placed under direct democratic community control as a first step towards their eventual disarmament and abolition.

A big explosion is coming, and it is already shaking this whole country. The people won’t stand for this any longer. The people that run this system know what is coming. They are sending all kinds of people to our communities, telling everyone to “stay calm,” “speak respectfully,” and “don’t protest.” Calming down and moving on with life will mean letting the police off the hook! If you want things to change, it’s time to be loud, bold, and filled with rage! What’s wrong with “Fuck the Police?” These pigs think they can kill people and get away with it. They call our peaceful marches “Lynch Mobs.” Why do these monsters deserve our respect? It’s time to shout “Fuck the Police” and keep shouting it until something changes. We can’t be silent anymore. The killing and police brutality must stop now! Let’s shut things down. Let the cops and the people who run this system be the ones who feel terrified for once! We in FIST say the police are not our friends! They serve a racist capitalist-imperialist system. We say the cops should be disarmed. The people can run the community without these murdering thugs. We need a new government that focuses on providing schools, hospitals, decent jobs and housing for everyone. This whole system, that only offers more prisons, cops, poverty, and wars, needs to be torn down.