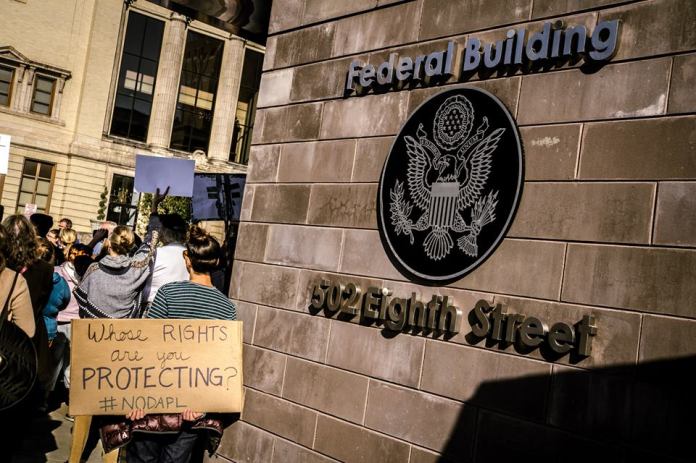 “Water is sacred,” “Water is life,” read the signs held high outside the Army Corps of Engineers on the afternoon of the 15th. Such were the voices, too, as the Appalachian hill folk had gathered together to express their concerns for the environment and the struggle of the Standing Rock Water Protectors. Among those crowding the sidewalk in downtown Huntington, stood Autumn “Genenahgehneh” Lee, who is particularly close to the fight for indigenous rights.

As a member of the Haudenosaunee Nation, and president of the Marshall University Native American Student Organization, the Standing Rock resistance hits close to home. “It’s a way to get through this,” she said of the Standing Rock resistance, “there are daily ceremonies; morning, afternoon, and evening. Singing and praying are ways of keeping the native culture alive. But people from all around the world have come to Standing Rock. A lot of people see the importance of the fight for water not only for themselves but for future generations. It’s the base of so many things in our lives.” When considering the relationship we have with water, those statements are not grandiose for any purpose of hyperbole, but for the simple truth of the matter.

“It’s greater than water. Treaties are being broken. The [US] government is silent, and the police are treating Standing Rock like a warzone, and the Protectors meet that warfare with song and prayer only.” To those knowledgeable of American history, it is simply a continuation of the past policies. Regardless of the stance taken by the indigenous, their rights were secondary to the direction of the United States and industrial development. “For lack of a better term,” she said of the clearly racist conduct, “it’s racist. The pipeline was originally to pass through Bismarck, but the majority white population rejected it. Now, they’ve diverted DAPL into Sioux territory, despite the rejection and outright resistance of the Sioux people, but the United States has never honored treaties.”

“Regardless of background, people are seeing this, not as an indigenous issue, but as a human issue.” She lives in Appalachia, which, as a region, has become an iconic example of the impact on the environment from carbon-based resource extraction. “People in WV understand the importance of having access to clean water,” speaking of the large turnout to the rally, “Energy infrastructure of the past generations is dangerous, not only for humanity, but for the workers involved. There is a lot of risk in extracting coal and oil, but it has become part of an identity for West Virginians. The reliance on coal for energy and income has clouded their judgment.”

With the election cycle complete in the Mountain State, her words ring true. So much  economic life had centered on extracting coal, and those with a mind for governing were eager to have “Friends of Coal” at their side, but it is hard to blame the miners looking for an out in a region swept with poverty. Work in the coal fields is considered a blessing, when the only other viable alternative is to leave home in search of employment or seek higher education, at the cost of inescapable debt.

“Education is very important.” When people come in uneducated on an issue, they often go out on the wrong side of history.” Educating people on the history of her people and other indigenous nations is a primary concern for Autumn. “The land is part of our identity, and water is part of the balance of all life. Without healthy, clean water, life on land cannot be healthy. Everything is connected.” Yet, the police and the construction workers don’t see their relationship to the Earth as one being mutual.“I was watching the live stream of the police attacks, and an officer had taken a drum from a Protector who was singing. That was like someone taking a Bible out of a Christian’s hands, and when the police found out what they had done, it was returned, but that is part of the struggle of education,” she explained, “connecting the cultural identities of different peoples. When you get on a personal level with people, you are better able to reason with them.”

That is where they stand, in the streets of Huntington and in the waters of Standing Rock to bring awareness and support for the cause of not only the indigenous but the health of our water.

But, where do you stand? Are you opposed to the rights of the indigenous peoples? Would you see the fresh waters of this world polluted? No? Then, Standing Rock needs you to stand with them. Particularly, they need support in the form of supplies. Winter in North Dakota is harsh and long, and the protectors will need gear for winter, among other necessities. 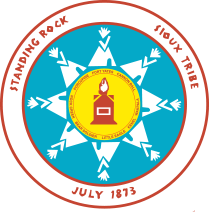 In the interest of common humanity, do this. We cannot afford to give an inch in the battle for water. The Standing Rock protectors can be directly reached through their website, http://www.standingrock.org.